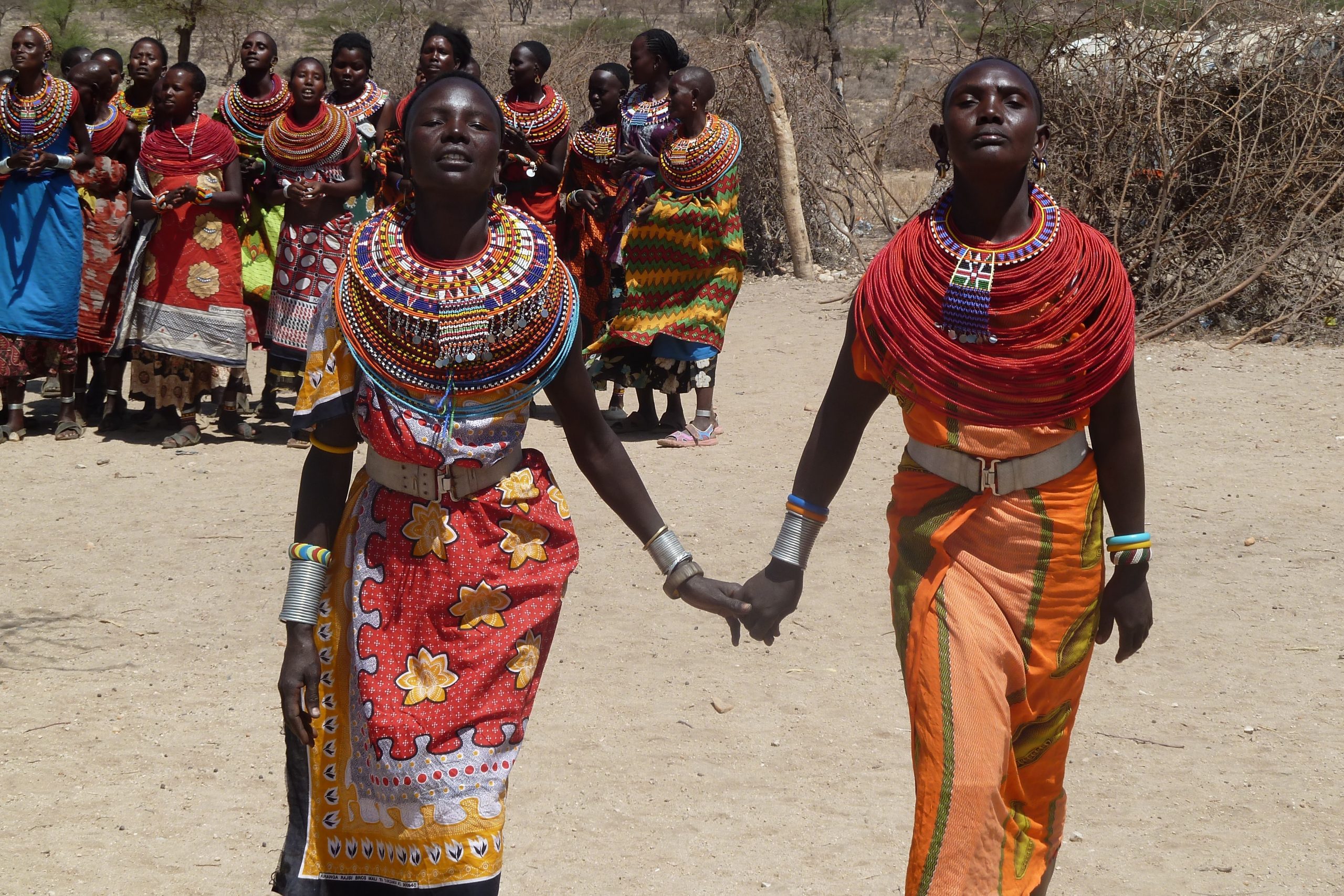 Top 10 Frequently Asked Questions about Kenya (And the Answers)

By Mirela ZotaJanuary 16, 2023No Comments

From learning about its history and culture to discovering its best attractions, this post will provide you with the answers you’re looking for.

Read on to find out more about Kenya and the answers to your questions!

1 What is the capital of Kenya? 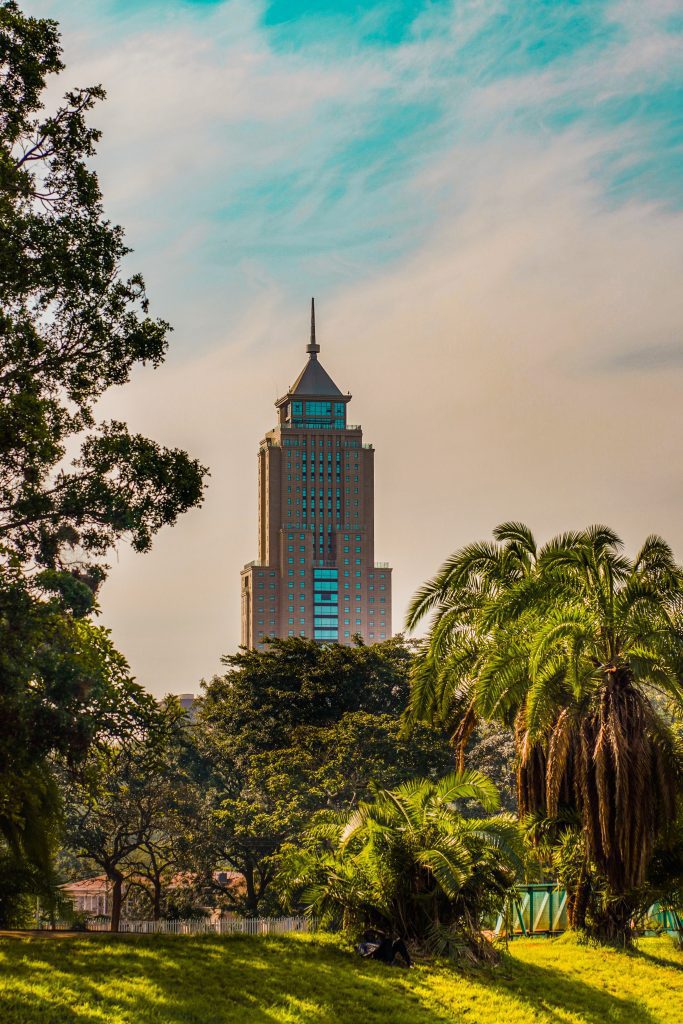 The capital of Kenya is Nairobi. Nairobi is the largest and most populous city in the country and is a major economic and transportation hub in East Africa. It is home to many government offices, international companies, and embassies, as well as numerous landmarks such as the National Museum, Nairobi National Park, and the Kenyatta International Conference Centre. Nairobi has a vibrant nightlife, with a variety of bars, clubs, and restaurants to explore.

2. What is the official language of Kenya? 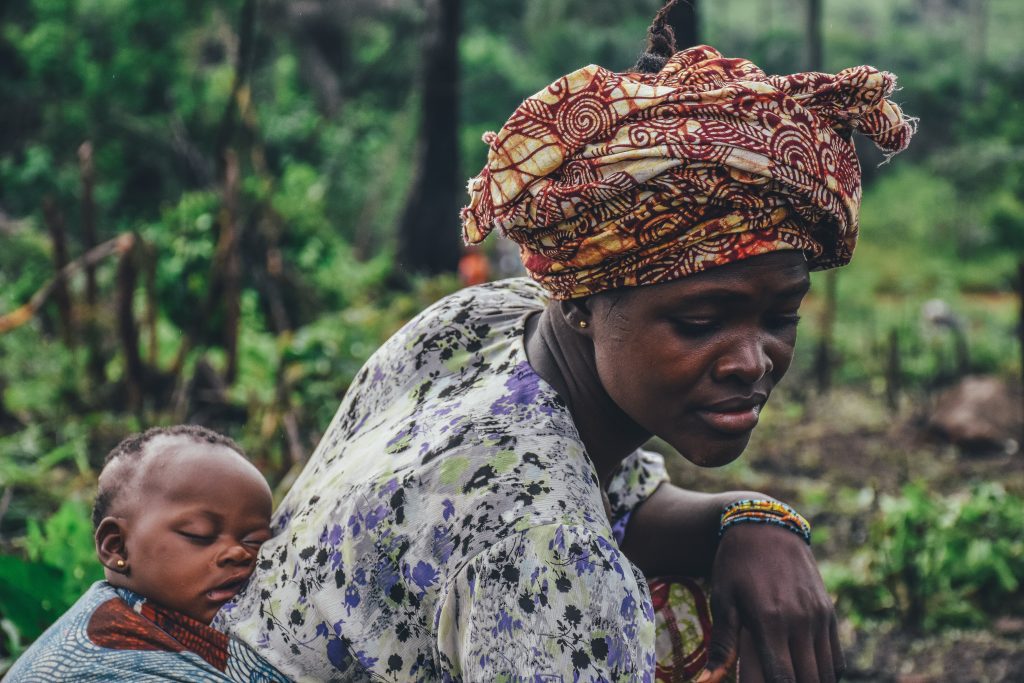 Kenya is a multilingual nation, but Swahili is the official language. Referred to as Kiswahili in Swahili, the language is spoken by more than 5 million people throughout the country. It is also one of the six official languages of the African Union, and it has become a language of choice for regional communication. Additionally, English is an official language in Kenya and is widely used in the government and education system. For those looking to travel to Kenya, it can be beneficial to learn some basic Swahili or English phrases before your visit.

3. What currency is used in Kenya? 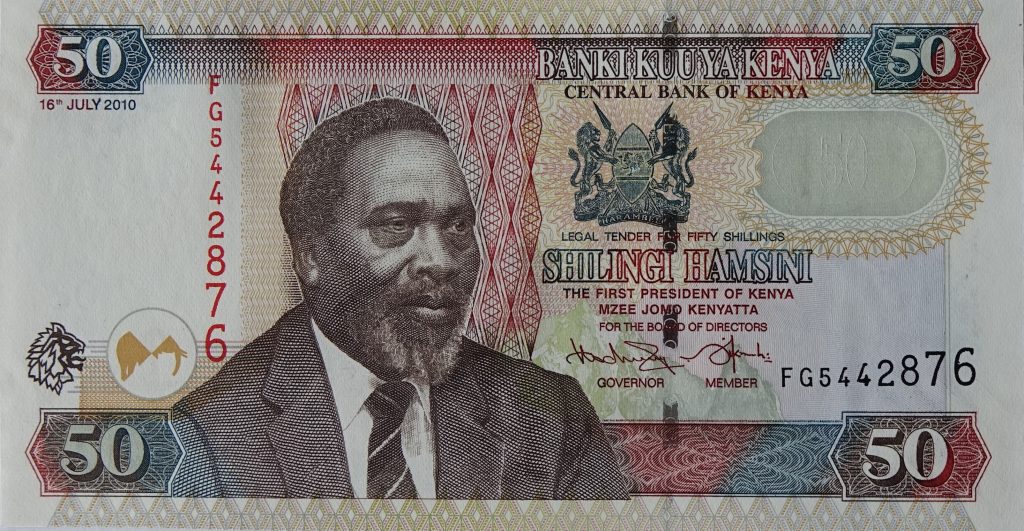 The official currency of Kenya is the Kenyan Shilling (KES). This currency is used throughout the country for everyday transactions, as well as larger purchases like property. It can be found in coins and banknotes of various denominations. The US Dollar (USD) is also widely accepted, though exchange rates may vary depending on the location. Visitors to Kenya should always carry both KES and USD to ensure they can pay for goods and services. Most stores, restaurants, and hotels will accept both currencies. It is important to remember that all prices are quoted in KES and should be converted to the equivalent amount in USD when making payments. 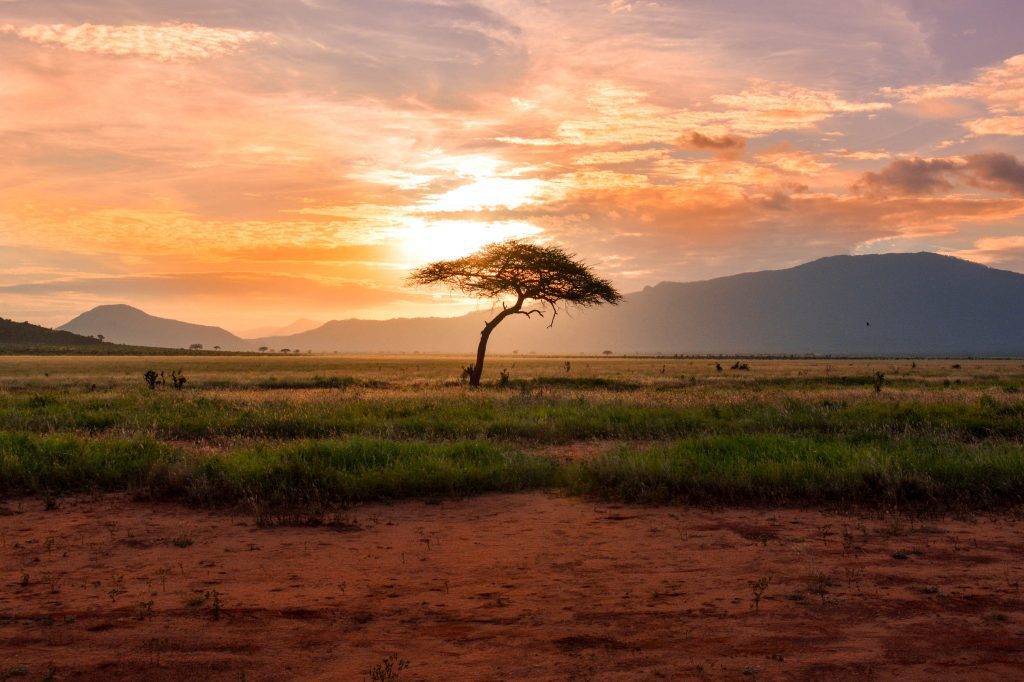 Kenya has a tropical climate with hot, humid conditions in the coastal regions and warm, temperate conditions in the highlands. The country experiences two rainy seasons: the long rains from March to June and the short rains from October to December. In between the rainy seasons, Kenya experiences dry spells. Temperatures in Kenya vary depending on the region but generally remain consistent throughout the year. The coast of Kenya averages between 24-32°C (75-90°F) while the interior is usually a few degrees cooler.

In general, Kenya is sunny and dry most of the year with humidity increasing during the wet season. As such, visitors should be prepared for heat and humidity if they are planning a trip to Kenya during this period. It’s important to bring sun protection and plenty of water to stay cool and hydrated.

The highlands of Kenya can experience cold nights and frost in some areas, especially at higher altitudes. In this region, temperatures can drop as low as 0°C (32°F). Visitors to these areas should bring appropriate clothing and plan their trip according to the weather forecast.

Overall, Kenya’s climate is very pleasant and mild throughout the year, making it an ideal destination for travelers from all over the world.

5. What is the population of Kenya? The population has been growing at an annual rate of 2.6%, making it one of the fastest-growing countries in Africa.

6. What are the major religions practiced in Kenya? 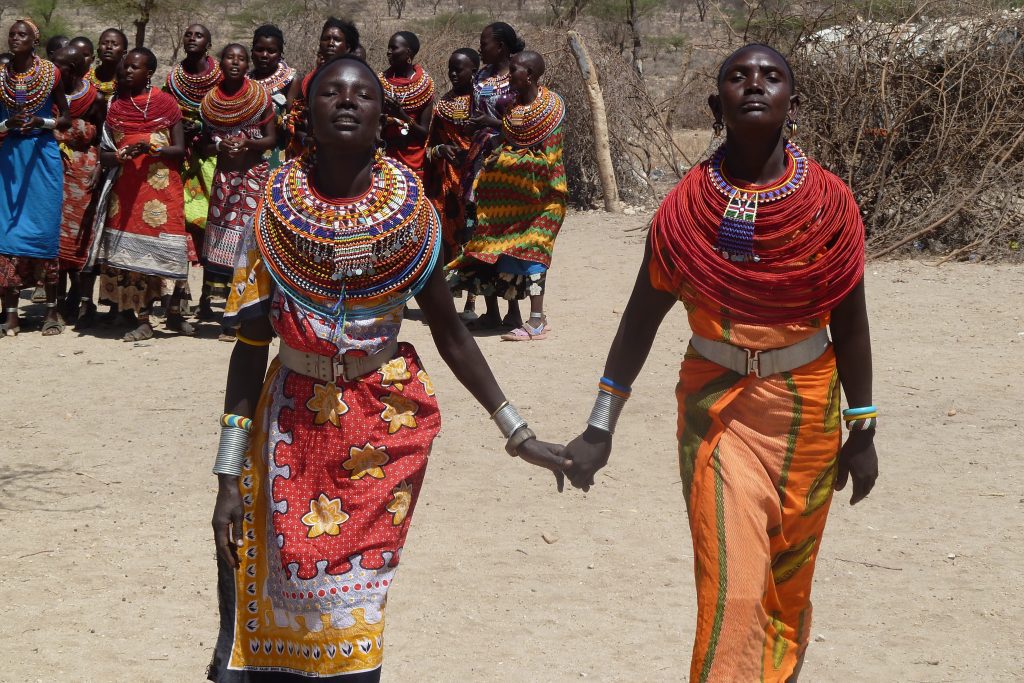 Kenya is a nation with a diverse religious population, with Christianity and Islam being the two most popular religions practiced. According to the 2019 census, 81% of Kenyans identify as Christians, while 11% are Muslim. Other religious denominations practiced in Kenya include Hinduism (1.4%), traditional African religions (3.7%), and other faiths such as Buddhism and Sikhism (1.2%).

The largest Christian denominations in Kenya are Catholic, Protestant, and Anglican. The Catholic Church has had a long-standing presence in Kenya and is the largest church in the country. Protestant denominations are represented by a variety of independent churches and missionary organizations from around the world. Anglicanism has been the established church since colonial times and continues to have a strong presence in Kenya today.

Islam is the second-largest religion in Kenya, practiced by 11% of the population. Most Kenyan Muslims are Sunni and can be found in all parts of the country. In some areas, particularly coastal towns, there is also a small minority of Shia Muslims.

Kenya also has several small minority religions that have been around for centuries. These include traditional African religions, Hinduism, Buddhism, and Sikhism. Traditional African religions still have a strong presence in rural parts of the country and are focused on the worship of ancestors and nature spirits. Hinduism is largely concentrated in urban areas, especially Nairobi, and was brought to Kenya by Indian immigrants during colonial times. Buddhism and Sikhism are practiced by small numbers of Kenyans, mostly descended from immigrants from India and China.

In conclusion, Kenya is home to a wide range of religious beliefs and practices. Christianity and Islam are the two largest religions in the country, but several smaller minority faiths have been around for centuries.

No matter what your beliefs are, you can find a place to practice them in Kenya.

7. What are some of the most popular tourist attractions in Kenya?

Kenya is a beautiful country that offers a wide range of attractions for visitors. Kenya has something for everyone from game reserves and national parks to beaches and cultural sites. The following are some of the most popular tourist attractions in Kenya. 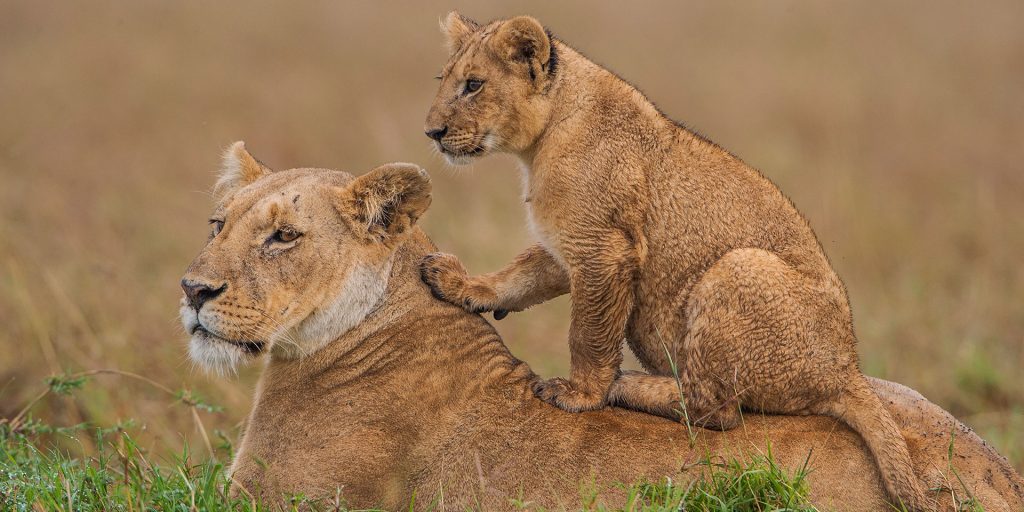 This reserve is located in the southwestern part of Kenya and is home to one of the world’s largest populations of lions, cheetahs, leopards, elephants, giraffes, zebras, wildebeest, gazelles, and other African wildlife. You can take a safari tour through the reserve to witness these majestic creatures in their natural habitat. 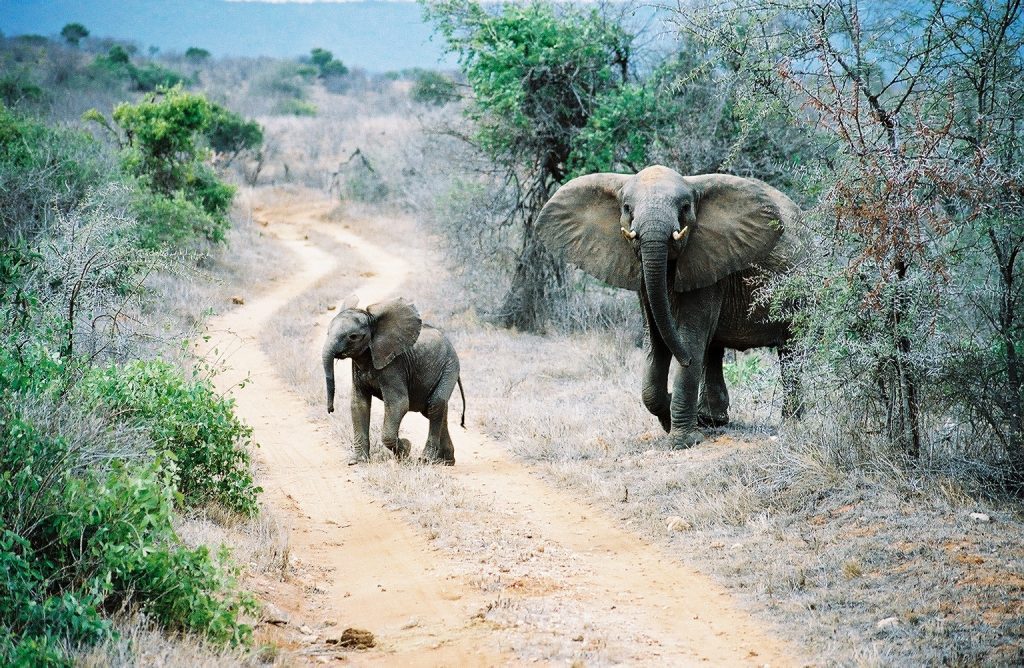 Tsavo is Kenya’s oldest and largest national park. It spans over 22,000 square kilometers and is home to an array of animals such as elephants, lions, buffalo, and rhinos. Visitors can also enjoy bird watching and taking nature walks. This is one of Kenya’s most popular national parks and is known for its spectacular views of Mount Kilimanjaro. Amboseli is also a great place for game viewing with its abundance of African wildlife including hippos, elephants, buffaloes, antelopes, and hyenas. Located in the Great Rift Valley near Nairobi, Lake Naivasha is a stunning lake surrounded by lush green landscapes and rich wildlife. The lake is home to an abundance of bird species including flamingos and pelicans. Boat rides allow you to explore the lake at your leisure. 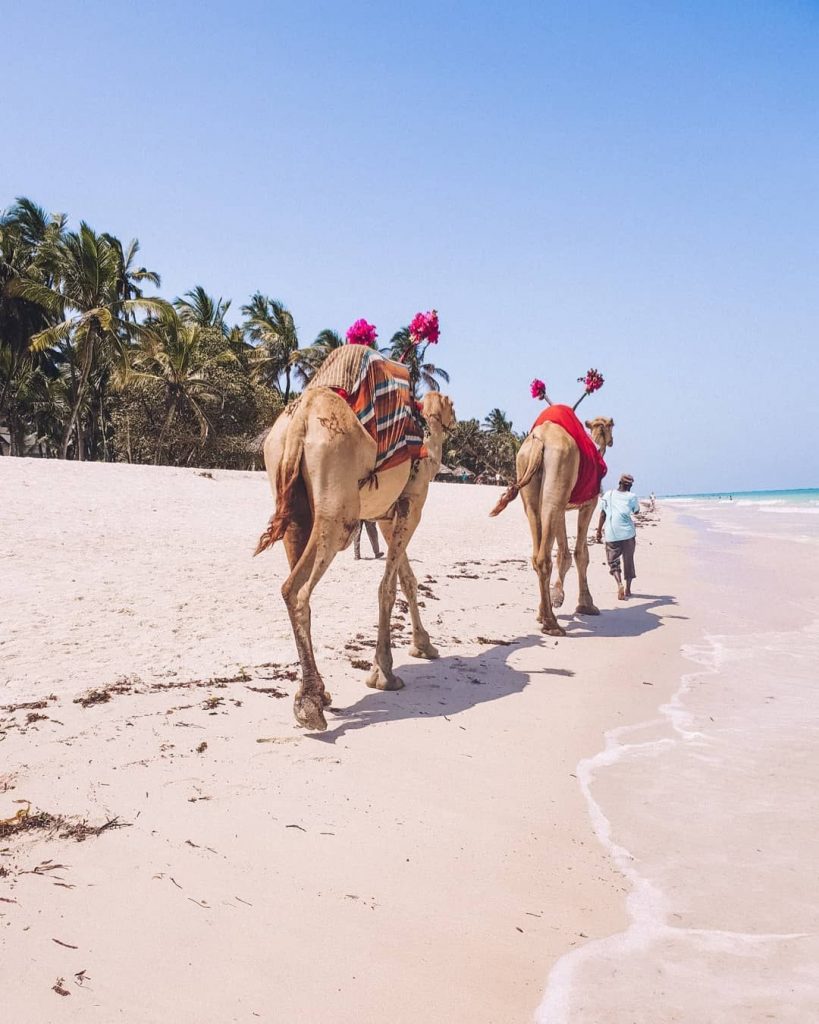 Mombasa is the second largest city in Kenya and is located on the coast of the Indian Ocean. It’s known for its white sandy beaches and vibrant nightlife scene. It’s also a great place to visit historical sites such as the Old Town, Fort Jesus, and Old Port.

These are just a few of the many popular tourist attractions in Kenya. With its diverse landscape and variety of activities, Kenya is an amazing destination that you won’t want to miss out on.

8. What are some of the most popular dishes in Kenyan cuisine? Kenya has a rich and diverse culinary tradition, with many dishes drawing influence from different cultures and regions. Some of the most popular dishes in Kenyan cuisine are:

These are just a few delicious dishes that make up the rich tapestry of Kenyan cuisine. With its flavorful blend of spices, herbs, and produce, there’s something to suit everyone’s palate.

9. What is the dress code in Kenya? When visiting Kenya, it is important to dress modestly and appropriately. While there are no set rules regarding dress codes, most Kenyans tend to dress more conservatively than their Western counterparts. Women are encouraged to cover their legs and shoulders, and men are expected to wear trousers or shorts. Generally speaking, casual clothing is acceptable in most parts of the country. However, when visiting religious sites, a more formal style of dress is usually recommended.

In addition to modesty, respect for local cultures and customs should be observed when choosing your attire. For example, some communities may frown upon wearing shorts and short skirts, so it is best to check with the locals before doing so. In general, sandals, sneakers, and other comfortable shoes is the most appropriate choice for footwear.

For special events or occasions, you may choose to dress up a bit more formally. Dark colors such as black and navy blue are common choices for these occasions, as well as suits and dresses for men and women.

Overall, dressing modestly and respectfully will ensure that you are not viewed as disrespectful or inappropriate. It will also help you blend in with the locals more easily.

10. What vaccinations are required for travel to Kenya? 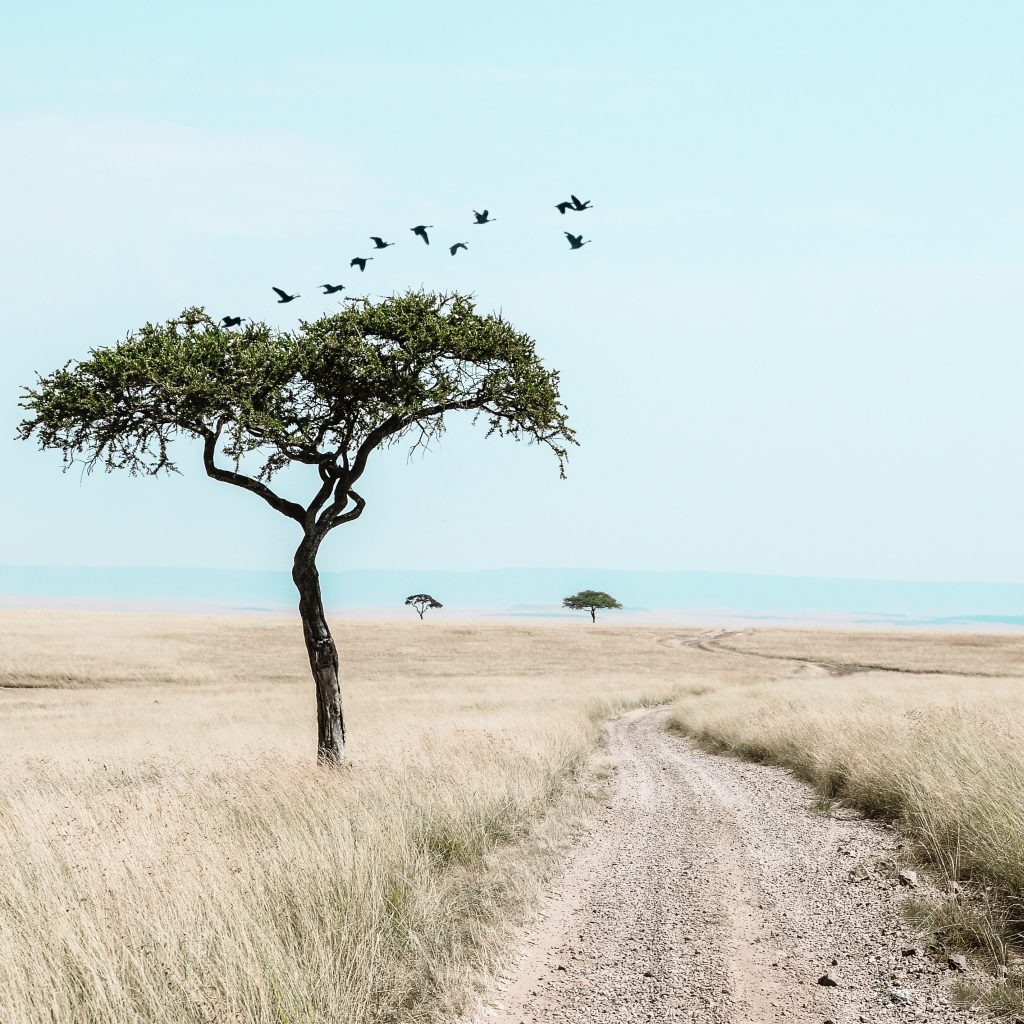 The Calm In The Wild

It is important to ensure you are up-to-date with your vaccinations when traveling to Kenya. The World Health Organization recommends that travelers should be vaccinated against: hepatitis A, typhoid, polio, yellow fever, and meningococcal meningitis. It is also recommended that you get a vaccination for rabies if you plan on visiting rural areas or engaging in activities like camping or trekking.

Additionally, the Centers for Disease Control and Prevention (CDC) recommends getting tetanus/diphtheria/pertussis shot before you go. Finally, it is recommended that you get vaccinated for cholera if you are planning on visiting areas where it is more common.

Good to know: Your doctor can also provide you with any additional advice and information regarding vaccinations needed for travel to Kenya.

Check also The Best 20 Things to Do in Nairobi, Kenya