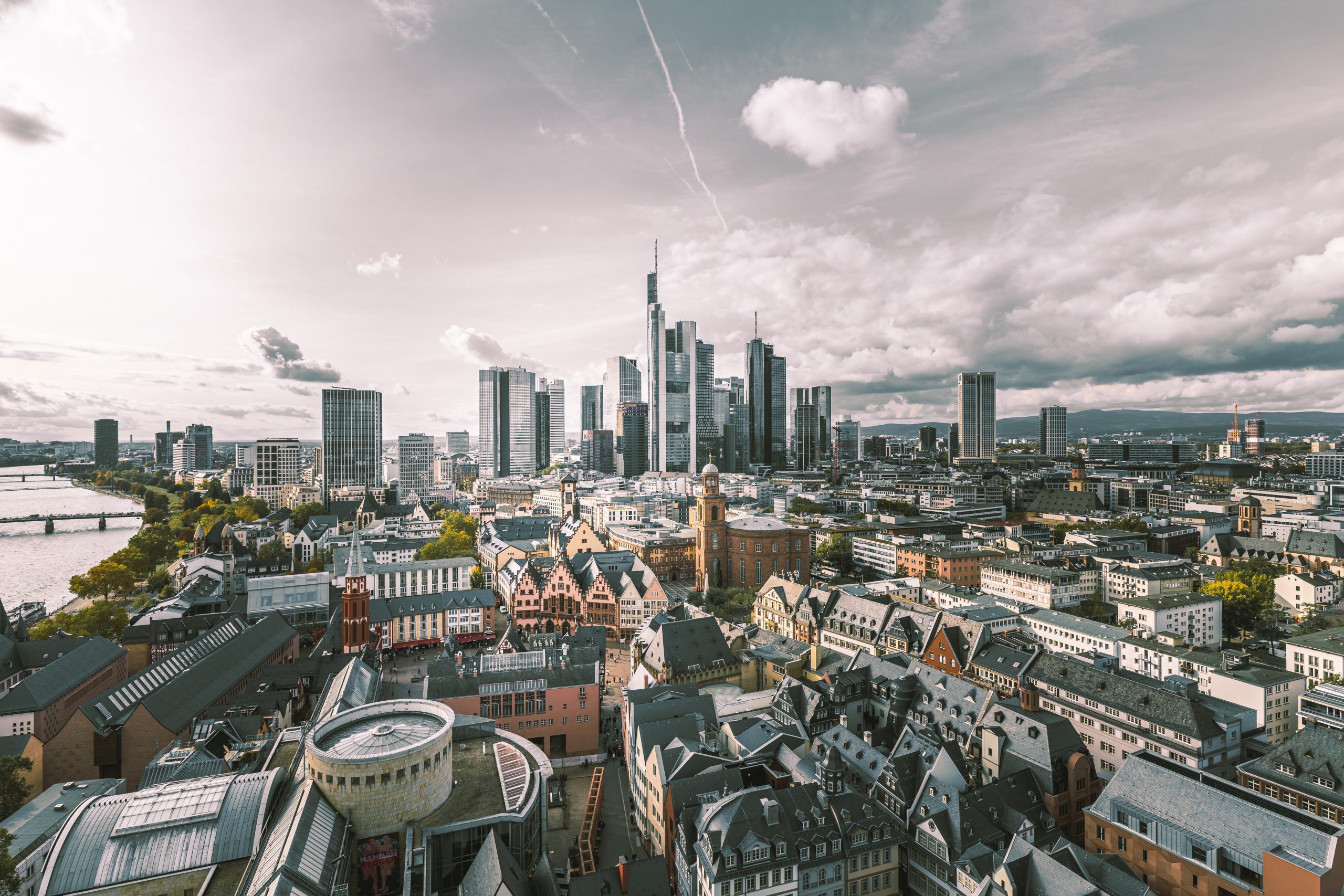 25 Absolute best things to do in Frankfurt right now

Stunning modern skyscrapers pierce Frankdurt’s sky, while world-famous museums call you from all around the Museum District. The medieval old city charms you every time you visit, while some of the best outdoor landmarks in Europe will make you fall in love with Frankfurt’s vibe more and more, each time.

Frankfurt is known to be one of Germany’s best hubs for business opportunities with an impressive, modern airport, that is absolute state of art. But it’s not all about modernity in style and feelings! The city holds its german charm in culinary tastes, but mostly in the famous Christmas Market Fair Wonderland.

And while trying to decide if Frankfurt is the best city in Germany to see, you might want to have a look at Framey’s German city choices. Frankfurt seems to be winning as the business travel destination, Berlin is winning on the cultural side, while Munich is still the first choice when looking for a German-traditional experience!

Let’s start with the 25 Absolute best things to do in Frankfurt right now and then decide which is the best!

It is true that the city’s skyline is mostly known for its modern skyscrapers piercing the clouds. And it might be the very reason you decided upon Frankfurt. But, it’s the reddish Gothic masterpiece, the Frankfurt Cathedral that still holds the crown!

The Imperial Cathedral is a sight you will want to admire from the outside, as well as climb the beautiful ornated Tower to get some of the most amazing views of the city!

The most beautiful square in all of Frankfurt is the iconic Romerberg. The medieval old town center charms with its picturesque buildings and vibe. It is also the place where the Fountain of Justice, the Romer- the famous Frankurt’s city hall, and the Christmas Market take place. It’s just such an amazing place that feels like from a by-gone era. The restorations, after the war, were so carefully made, that you can hardly see what is new and what isn’t! But looking around you, you realize what a pity it would have been to lose this unique experience.

One of the biggest, nicest, and most iconic traditional Christmas markets, in Germany, is held in Romerberg Square in Frankfurt.

This is definitely one experience you do not want to miss! And you have a month to try the famous spiced mulled wine, go on the carousel, indulge in the traditional sausages or why not get the best gifts and souvenirs? Just make sure to get there from November to December.

Frankfurt is for sure one of the greenest cities in Germany, and the Stadwand, Frankfurt’s City forest is the largest inner forest in entire Germany.

Whether you are looking for relaxation, a walk, or go for a jog or bike ride, you will be pleasantly surprised by the number of trails you have at your disposal!

The 200 meters skyscraper, the Main Tower takes its name proudly after Frankurt’s river, Main. The impressive glass landmark is popular with tourists and locals alike, as it is the only skyscraper open publicly with a viewing platform and restaurant. It would be a shame to miss it!

And, while on the subject of what not to miss while in the city, you should check Framey’s collection: Buildings to see while in Frankfurt. A world of inspirational ideas awaits you!

The Eiserner Steg or the Iron Footbridge is one of Frankurt’s places you do not want to miss. It might be the fact that it is a neo-gothic landmark dating to the year 1869 or, it might just be the fact this is one of the best places in the city where you can capture the very spirit of Frankfurt. And although it is just one of the several bridges that span across the river is one of Frankfurt’s major landmarks.

The Hauptwache is Frankurt’s city center in every sense of the word. Its name literally means the Main Guardroom. Nowadays, the baroque building sits at a crossroads and it’s also one of the best places to just sit on the terrace and enjoy a cup of coffee while admiring the busy life of the city.

The beautiful Liebieghaus villa is another experience you should not miss while visiting Frankfurt.

The villa gives such an oasis vibes, with the gardens surrounding it, and the little cafe! But the truth is that treasure is what it’s holding inside: a great collection of sculptures that take you on a fantastic trip through time!

The Oper Frankfurt (Frankfurt Opera) enjoys the reputation of being so much more than a gorgeous historical building, with a stunning facade.
The cultural venue houses one of the most acclaimed concert halls in entire Germany. And it’s not just classical opera that you can delight yourself with here, the venues cover all sorts of musical genres. The one thing they all have in common is that they are all exquisite and in good taste!

Romerberg Square is the place where you get to see the oldest and the most famous Fountain in Frankfurt, the Fountain of Justice.

There has been a statue of Justice here since the 16th century, and over the years, the iconic landmark suffered some changes. But its meaning, Justice, and its legacy remained a constant in the city’s life!

Another charming spot that gives traditional German-style vibes is the Huhnermarkt square.

But don’t be fooled! Like most of the city, the area suffered great damage in the Second World War and what looks like an old city center is actually quite very new! (and when I say new I mean like 2012- 2018-new, and it’s called the Dom-Romer-Projekt)

All little streets and squares were rebuilt in a restoring manner that honors its medieval legacy to the bones.

You can not go to Frankfurt and miss the house where the famous Johann Wolfgang von Goethe was born and spent his childhood!

Germany’s most famous writer and poet, and quite possibly its most beloved one, lived in a very typical bourgeois 18th-century house! Here in Frankfurt.

And that house still stands upright and was transformed into the Goethe Museum. And stepping into the building will give you a very vivid and accurate depiction of how Goethe’s life was!

Frankfurt’s old Cemetary Hauptfriedhof looks and feels more like a park than a cemetery with beautiful, imposing memorials and sculptures. You might say that this is a peace-oasis where you can let your thoughts and steps wander. Just one of the most peaceful experiences to have in the busy city!

Being on foot has its advantages when crossing the pedestrian bridge Holbeinsteg. This is the sunset spot for capturing the beauty of the city in spectacular pictures!

Imagine that the suspension bridge was, initially, meant to be a mere replacement for the Eiserner Steg, while it was under restoration. But it offered such incredible views of Frankfurt’s skyline that I captured the hearts of locals and it stayed on!

Directly on the banks of river Main, you can find another beautiful gem of a church. The neo-gothic Protestant church looks lavish from the outside and solemn from the inside. And just remember that it is one of the best venues for an uplifting organ performance you can hear in Frankfurt.

If you are wondering why Frankfurt’s nickname is “Mainhatten” just have a look at its impressive skyscrapers and you will see the reason and the resemblance to New York’s Manhatten! The colossal 208-meter-high Westend Tower is one that really stands out, especially at night, when the lights make it even more of a landmark.

The city of Frankfurt is “abnormally” green for such a tech and business city.

But abnormally, in a good way. Just go for a stroll in another green oasis, the Rebstockpark. It is considered one of the best ones in the city with its peaceful lake views, running paths and, picnic spots! Just a lovely place to spend some relaxing moments.

The bronze statue of Goethe stands in the middle of the plaza named after Frankfurt’s favorite son, Goetheplatz.

And if you have a closer look at the base of the memorial you will discover samples of Goethe’s works, poetry, drama, and science altogether, all part of the tribute the city offered to his monumental talent.

The cylinder-shaped Westhafen Tower is iconic with its triangle glass exterior that resembles so much of the local-adored apple wine glass.

One of the local’s favorites, the Rothchildpark takes you on a fairytale ride. The former estate is nowadays a small park, more like an English landscaped garden that looks apart. And although it might not be the largest in the city or the most famous, it is still one of the 25 absolute best things to do in Frankfurt right now.

The gigantic telecommunication tower is definitely of Frankfurt’s calling card buildings. The Europaturnm has no less than 337 meters in height and seems to be right at home in Frankfurt’s skies, with its sci-fi-shaped silhouette.

In modern Frankfurt city, the site of the medieval Karmeleterkloste is rare indeed.

The Carmelite Monastery is unique, in the fact that it is the only medieval monastery preserved in the city. Also, it’s the monastery’s murals that make this landmark to be both historically and culturally significant. Today the site houses the Institute for City History and the famous Archeological Museum, so make sure to reserve enough time here for a proper visit.

The historic church goes all the way back to 1219 and it has very close ties to the Carmelite Monastery. It’s not just the proximity but also that that liturgical equipment that used to belong to the monastery is nowadays being used at St Leonard Church. This is something that has been around since the dissolution of the monastery, back in 1803.

The Deutschordenskirche, or the church of the Teutonic Order, can be spotted from the iconic Eiserner Steg bridge. Its beautiful Baroque architecture and interior design are worth the moments of peace and tranquility you will experience here. Just pay attention so you don’t miss it as it blends perfectly in its surroundings.

When searching for the perfect outside meditation place, head for Bethmannpark and its incredible Chinese Garden. Thick walls protect the inner peace of this idyllic garden. What can you see and admire here? How about lush vegetation, flowers everywhere, mystical dragons that guard the portal, and zen ponds and bridges? This is one of those places where words don’t really do justice and you need to check for yourself!

Frankfurt sets itself apart from your usual European traditional cities. The modern vibe resembles US or Dubai with its skyscraper architecture, a tech-ish and highly competitive business vibe around. It is a great place to look forward to the future while still being strongly anchored in the present with rich historical roots.

I hope you enjoyed the modern side of this stunning city and found inspiration in the 25 absolute best things to do in Frankfurt right now.

And on this note, don’t forget to download your free Framey App and start discovering a world of amazing and unique attractions. (The app is available both on Google Play and App Store)