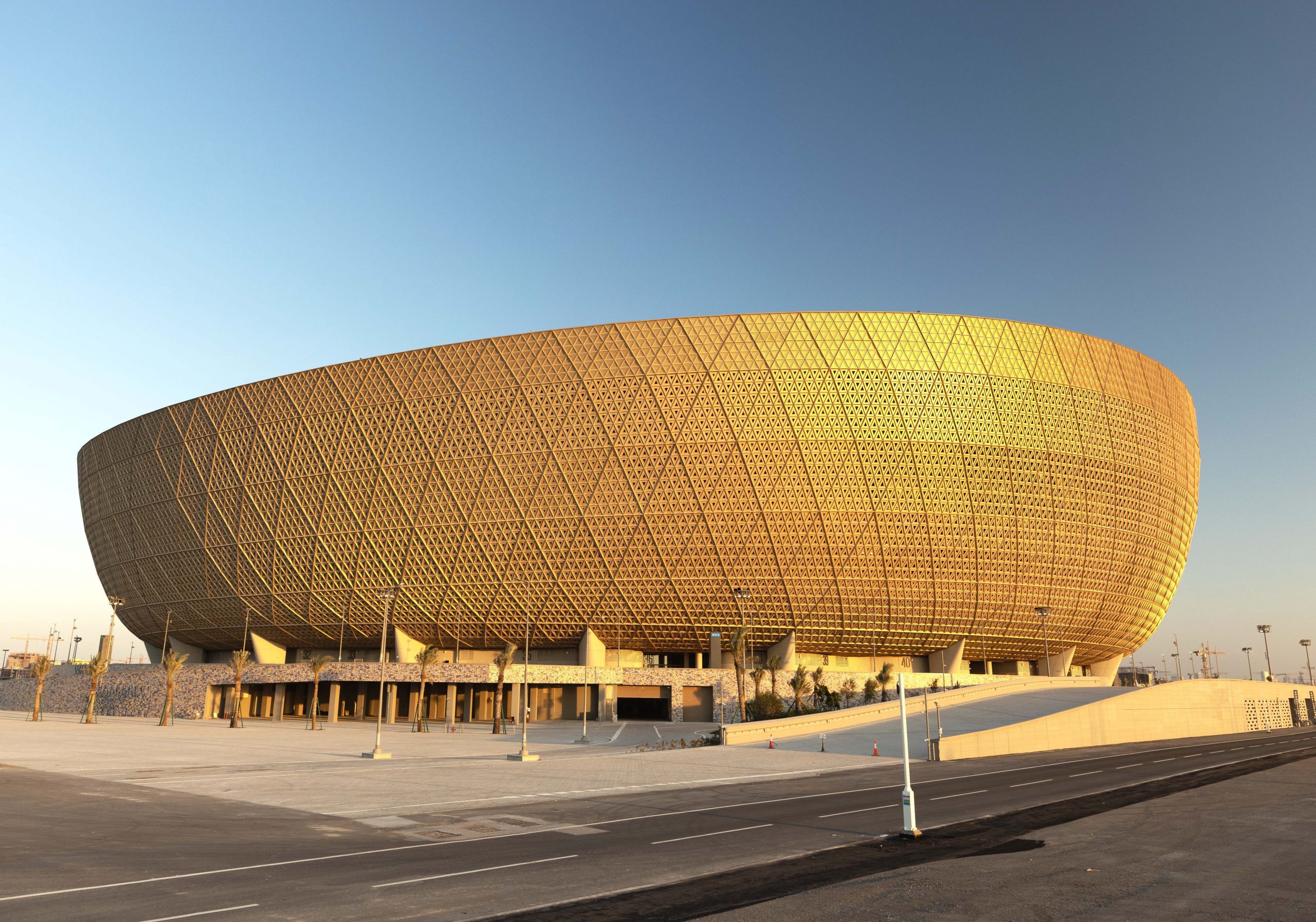 It’s time for the next World Cup, and it’s coming sooner than you think. That’s right; the 2022 FIFA World Cup will take place in Qatar. The tiny Arab country will have to host the biggest sporting event in its history, and they are doing everything they can to make it as fantastic as possible.

So what does that mean? It means that there are going to be a lot of brand-new stadiums being built. Eight brand-new stadiums to be exact! Check out our list below for all of the latest information on the upcoming 2022 FIFA World Cup stadiums in Qatar!

The Iconic Lusail Stadium is one of the most important stadiums built for the 2022 FIFA World Cup in Qatar. This stadium cost about $ 45 billion, making it one of the most expensive stadiums ever built. It is located near the city of Lusail, which is right next to Doha. The stadium can simultaneously accommodate 80,000 fans. That’s more than twice the number of fans Azteca Stadium can hold! The stadium is built in a circular shape, which is very unusual for a stadium. There is also a park surrounding the stadium, which will make it look even more amazing!

Al Janoub stadium is another stadium built for Qatar’s 2022 FIFA World Cup. This stadium is located in the city of Al Wakrah and is built along the coast of the Persian Gulf.

While the other stadiums are built indoors, the Al Janoub Stadium has a beautiful view of the shore. This stadium is capable of holding 40,000 people. Many people!

Fans will be able to see a beautiful view of the Persian Gulf while in the stadium. The long-awaited stadium was completed in 2021, and a new stadium is a good time for the 2022 FIFA World Cup.

Ahmad Bin Ali Stadium is another stadium built for Qatar’s 2022 FIFA World Cup. This stadium is located in the city of Al Rayyan and is about 25 miles away from the nation’s capital, Doha. This stadium is capable of holding 44.740 fans. It’s constructed in a very modern style that looks pretty awesome. Stadiums are usually not built in the modern style.

This stadium was built on land that was used for agriculture, however, farming was moved to another land nearby. So here will bloom many victories!

Khalifa International Stadium accommodates up to 45,416 fans. This is more than enough places for some of the population of Qatar! The stadium is incredibly futuristic and modern and is designed with some of the latest technology, this makes it one of the most advanced stadiums ever built.

The stadium is waiting for you at the 2022 FIFA World Cup, don’t be late!

Education City Stadium is a wonderful stadium, located in the city of Al Rayyan. The stadium is built near many educational institutions. This stadium is capable of holding a total of 45,350 people at a time. Many of the stadiums being built are expected to be able to hold a crowd of people. However, this stadium will be able to hold a large number of people, but still, be able to keep a comfortable environment.

Stage 974 is one of the stadiums built and suitable for the 2022 FIFA World Cup in Qatar. This stadium is located in the city of Doha. This stadium will be able to accommodate up to 40,000 people at a time.

A very amazing thing about stadium 974 is that it can be completely dismantled after use and is the first fully removable Stadium in World Cup history.

The design of the stadium makes it visually appealing while ensuring cost-effectiveness, given that fewer materials were used compared to a traditional stadium.

Al Bayt is the name of the stadium that is being built for the 2022 FIFA Copa Mundial in Qatar. This stadium is located in the city of Doha and is capable of holding up to 60,000 fans. This is one of the largest stadiums ever built for a FIFA World Cup! It is designed to show the beautiful architecture of some of the most famous mosques in the world. The stadium will include a dome, which is expected to be the largest independent Dome in the world! It will also be built using solar energy, making it environmentally friendly and sustainable. Al Bayt is one of the most unique stadiums ever built.

FIFA World Cup 2022 will be played in Qatar, and these amazing stadiums are built to enjoy the moment!

We hope this article has helped you broaden your horizons when it comes to the best awesome stadiums of the 2022 Fifa World Cup.

So get ready to enjoy some stunning views while watching your favorite football, but first, don’t forget to download Framey App (available on Google Play and App Store)